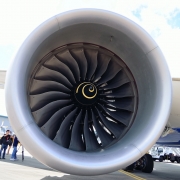 With the summer holidays approaching, airline customers of Rolls-Royce’s Trent 1000 engines have expressed their concern with the downing of the 787 aircraft, and now are requesting lease agreements for other aircraft to fill in their gaps. These requests are effectively putting additional pressure onto Rolls-Royce to speed up the process of completing a permanent fix to the problem.

The issue is housed in the Package C variant of the Trent 1000 engine, which came into service first attached to the 787-9 aircraft, with about 380 in use to date. Thus far, 80% of the variant have been put through basic checks for forms of cracking or other signs of deterioration on the intermediate pressure compressor blades. From that 80%, a third of the engines have failed the first round of inspections, under requirements placed by regulators for aircraft who travel more than 2 hours and 20 minutes from the nearest airport they can divert to in case of emergency. Those engines that have failed have been removed from the aircraft so that they can be repaired, a fix that Rolls-Royce has already fitted onto a test engine set to fly in June and hope to be implemented throughout their customer base prior to the previously announced release of early next year.

The current amount of grounded 787 aircraft has reached 30, but that number is now believed to rise to around 50 aircraft, as more enter into inspection. According to the CEO of AerCap Holdings Aengus Kelly, “Now, if the blade fails the inspection, then the engines come off wing, go into the shop… The problem at the moment is that there are not enough spare engines… [and] a number of [the downed 787 aircraft] are our airplanes.” This concern is one of many voiced, and to help expedite the process of implementation of the permanent fix, Boeing has sent an executive to watch over the problem solving among different locations that manufacture the engine, and are currently working on the widespread issue.

787 aircraft with the Package C variant were all produced and delivered before the end of November 2017, upon which time delivery stopped for that specific engine type. The engine variant that took over after the Package C is the Trent 1000 TEN, which was first seen in commercial service on November 23, 2017. Found on mba’s STAR Fleet, the operators with the most active 787s employing the Package C variant Trent 1000 engine include All Nippon Airways (52), British Airways (24), LATAM Chile (21), and Norwegian Air Shuttle (20). Of the 21 that LATAM Chile operates, 11 of the aircraft are grounded due to the compressor blade issue.

According to Rolls-Royce’s President of Civil Aerospace, “we fully recognize the unacceptable levels of disruption our customers are facing… [and] while we expect the number of aircraft affected to rise in the short term as the deadline for the completion of initial inspections approaches, we are confident that we have the right building blocks in place to tackle the additional workload.” However, with the increased inspections, they believe it won’t have additional financial impact on the company, as they are set to reveal their newest restructuring plan on June 15th. 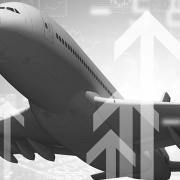 
Relying upon the current market conditions and the aircraft transactions that have occurred over the first quarter and into the second quarter of 2018, mba has updated and released the 2Q 2018 values on REDBOOK. Below you’ll find the highlights from the update and a look into the most highly traded aircraft of the year.

For a look into current and historical data of the entire global aircraft fleet, mba launched STAR Fleet (System Tracking Aircraft Repository) within the REDBOOK platform.

For more updates on the 2Q 2018 Aircraft Market. Please note, non-REDBOOK subscribers will have limited access.