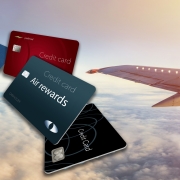 Frequent Flyer Programs (FFPs) are an increasingly common tool airlines use to generate revenue and valuable customer data. As they were originally crafted as marketing tools, the industry is now witnessing the evolution of FFPs into valuable assets for airlines. In this edition of Morten Beyer & Agnew’s Insight Series, Anne Correa, mba’s Director of Airline & Airport Services, delves into the formation of FFPs for airlines and the noted importance of outside investors in helping airlines stay afloat, especially as FFPs enter a time of transparency and re-privatization.

Originally designed in the 1980s as marketing tools for rewarding customers, FFPs have evolved into very profitable businesses and valuable assets for the airlines.  There are 216 frequent flyer programs (“FFP”) in the world, as of November 2018.  Over the past couple of decades, airlines have experimented with different ownership scenarios in an effort to extract various levels of value.  A small number of these programs have been spun-off from the airline or had a part carved out and sold to investors.  As FFPs have matured alongside a strong-performing aviation industry, airlines are again evaluating the best strategy for one of its most valuable assets. Air Canada is the only airline, to date, that has ever opted to spin-off its entire FFP.  In 2005, Air Canada gradually began selling stakes in its program, Aeroplan, until its ownership was completely under a separate company; AIMIA, Inc.  Private interest in investing in FFPs has expanded globally as airlines have sought additional capital.  AIMIA has since expanded its FFP portfolio to include a 49% share of Aeromexico’s Club Premier and a 20% share of Air Asia’s Big Loyalty.  Virgin Australia sold a 35% share of its FFP to Affinity Equity Partners in 2014 and Avianca sold a 30% share of LifeMiles, its FFP, in 2015.  Etihad also boasts a FFP portfolio, holding a 24% share in Jet Airway’s JetPrivilege and a 75% share in Alitalia’s MilleMiglia[1].  Before AirBerlin declared bankruptcy, Etihad also owned a 70% share in its FFP, topbonus. In addition to private divestitures, airlines have also looked to public issuances to monetize their FFPs. In 2010, LATAM became the first airline to offer shares of its FFP, Multiplus, to the public.  LATAM sold 27% of its share in Multiplus.  In 2013, GOL also offered shares of its Smiles program to the public, retaining only a 57% stake.  Offering shares to the public allowed LATAM and GOL to raise additional capital via the markets while still garnering revenue from their programs.

While the sale of interests in FFPs allowed airlines to access much-needed capital to stay afloat, they could no longer fully recognize the benefits of FFPs as a source of ancillary revenue.  Realizing that this arrangement placed them at a significant competitive disadvantage, Air Canada signed a definitive agreement in November 2018 to buy back the Aeroplan loyalty program from AIMIA Inc. for $450 million in cash.  Under the deal, Air Canada will also assume $1.9 billion of Aeroplan miles liability.[1] LATAM has also announced its intentions to buy back the 27% shares from the market and make Multiplus private.[2]  In October 2018, GOL announced it plans to buy out minority shareholders of Smiles and delist the subsidiary.[3]   The recent buybacks from the different airlines show a combination of the strength of revenue generation in FFPs and the cash flexibility desired by the airlines. Some aviation industry analysts are vocal in their wish for more airlines to spin-off their FFPs.  This would create more transparency for the programs and investors could finally understand their true value.  Although airlines are disclosing more information in relation to their FFPs, as required by new revenue recognition standards, it is unlikely these analysts will get their wish for financial detail in the near-term, as the only publicly traded FFPs with transparency into their financials are expected to re-privatize in 2019. Thanks to an increased number of partnerships with long-term agreements that provide large and consistent cash flow coupled with strong traffic growth, FFPs are experiencing unprecedented revenues.  In addition to creating strong profits, FFPs generate large amounts of valuable customer data.  Airlines that were previously willing to forego the flexible use of cash from its FFP are now rethinking their strategies in light of the current economy and the rise in importance loyalty programs have seen in the airline industry.